The Linos Ensemble to open the second year of the partnership project in Neuchâtel,Nov 2, 2014

We are officially opening year two of our partnership project (2013-2016) on November 6, 2014 with a chamber music concert which will be held at the Public and University Library of Neuchâtel (Place Numa-Droz 3), Switzerland.

Academia Sighisoara is a partnership project co-financed by a grant from Switzerland through the Swiss Contribution to the enlarged European Union, and co-organised by the Cultura Viva Sighisoara Association (Bern, Switzerland) along with the Gheorghe Dima Music Academy of Cluj, Romania. To promote the summer academy and festival, we organise chamber music concerts in various locations in Romania throughout the project year. The opening of the concert series of the partnership project traditionally takes place in the native home of the association, in the Land of the Cantons. 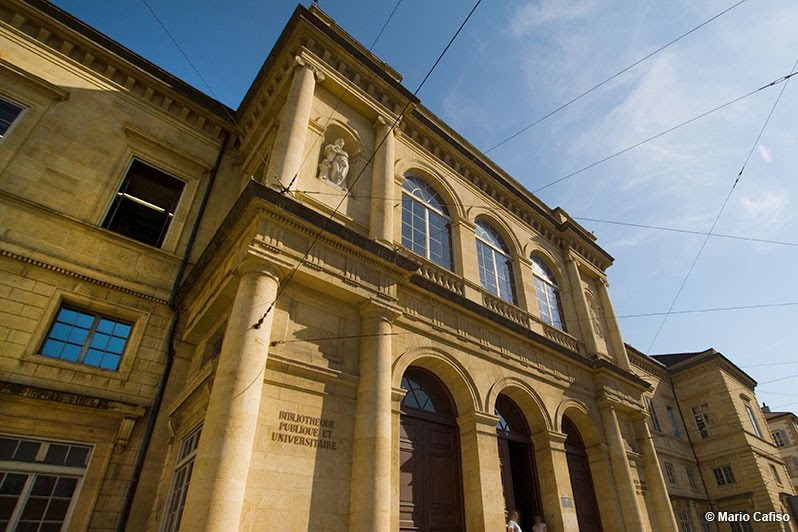 ”The first concert of this season – within the framework of the partnership project between Cultura Viva Sighisoara Association, Bern and the Gheorghe Dima Music Academy of Cluj - will take place on November 6 in Neuchâtel. This partnership is reflected in the Sighisoara Academy project - the second yearly event of this cooperation - and which, in the first year, presented important musical events." - says Alexandru Gavrilovici, the president of the Cultura Viva Sighisoara Association.

"The Sighisoara Academy project has sought, with great success to date, the creation of a sustainable bridge between these two European countries; countries that actually have much to share artistically. The fact that the concert on November 6 will be held in Neuchâtel, another jewel of the Swiss Cantons, is not accidental. Between Bern, (where Cultura Viva Sighisoara Association resides) and the French speaking Canton of Neuchâtel, there are fascinating differences which through the message of the music can be brought to a common denominator.

Linos Ensemble, takes its name from the famous bard of antiquity, master of mythical characters such as Orpheus and even Heracles. Under this name, the artists of Sighisoara Academy perform a chamber music repertoire with harp. This fascinating instrument is presented by Mrs Marie Trottmann, a renowned personality within the lecturer constellation of the Sighisoara Academy. She will perform together with Felix Renggli, professor at the Academy in Basel and one of the most important contemporary flute players, highlighting the music of Debussy and Villa-Lobos. There will be of course references to Romanian and Swiss musical heritage, which will be represented by Béla Bartók's Romanian Dances and Arthur Honegger’s Sonatina.

We wish to build upon the previous year’s successes in this new artistic year of collaboration with Romania. Thus we have already started on preparing the next edition of Sighisoara Academy, which will take place, traditionally, between 1 and 14 August in the medieval Romanian town of Sighisoara” - states Alexandru Gavrilovici, on behalf of the Cultura Viva Sighisoara Association. 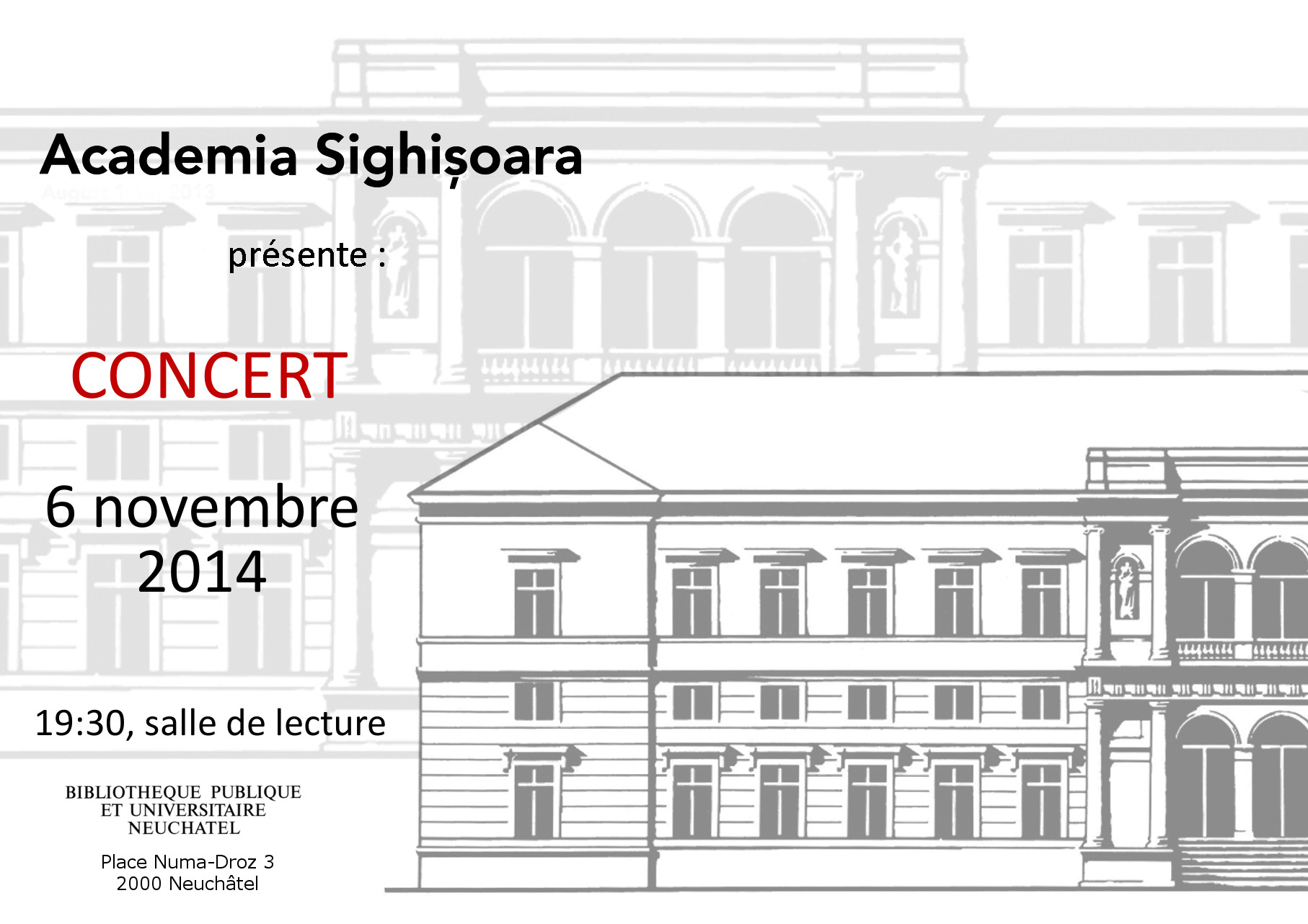 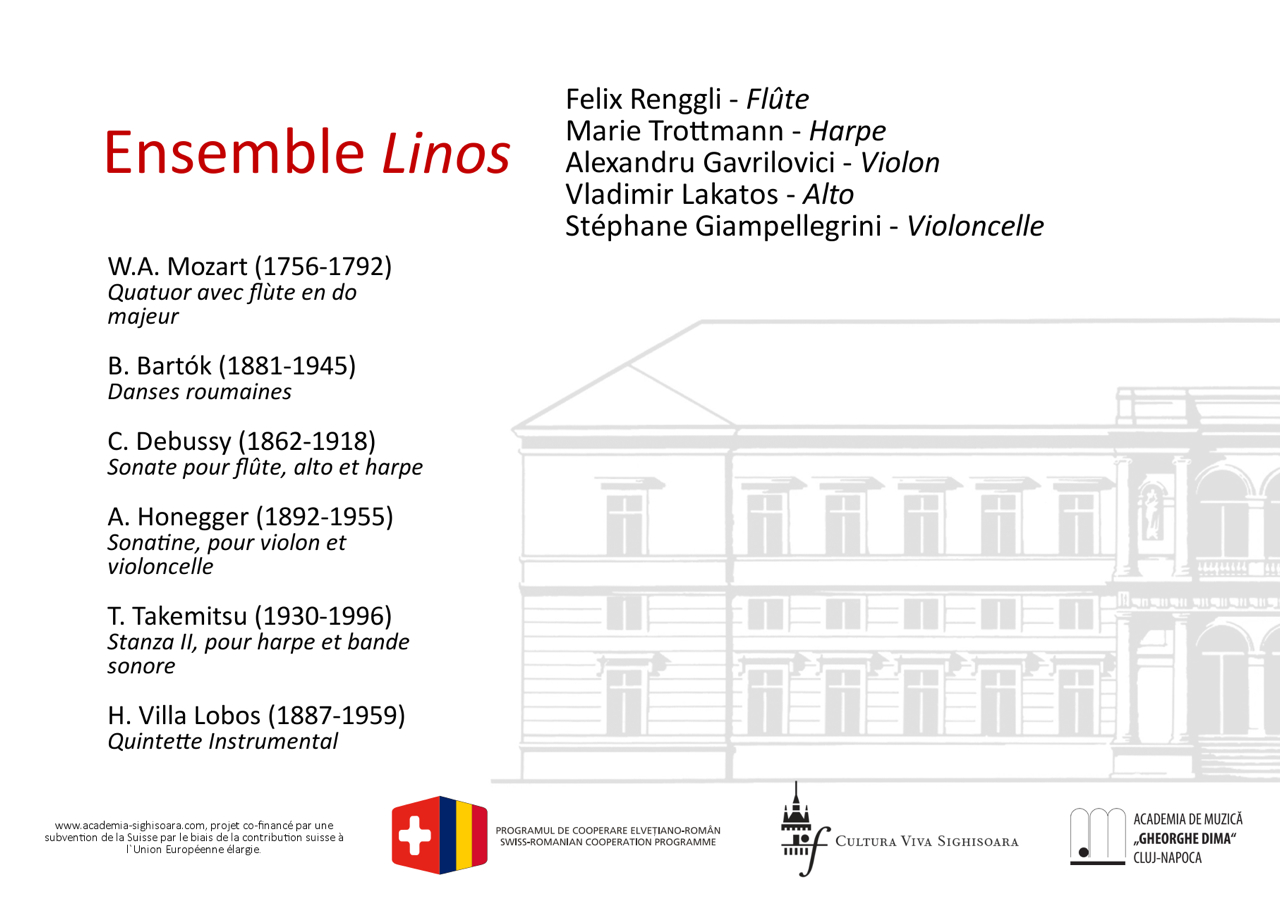